Many thanks to the organisers for setting this up - it is much appreciated.

Well, I really must be getting better as I am getting my tidy-itis mojo back. Coupled with it being the start of December and the approaching festive season - I may have mentioned I am a Christmas cleaner (as opposed to a spring cleaner) - not to mention an impending house inspection, I am beginning to get restless about the state of the house. I use the state loosely, but it is more cluttered than I would like. DH and DSS are not helping matters and I am having to do things over, which is incredibly frustrating. Maybe that is what is so frustrating about housework - the fact that it needs doing so often, LOL!

The gas-man/plumber didn't come yesterday as one of the parts hadn't arrived. That was good for us as it meant we got to go to the Christmas lights switch on. DH and I had some mulled wine while wandering about and then stopped off for a couple in a micro-pub. We had a really lovely evening.

Anyway, to primal matters. I am struggling to get my primal mojo back. But working on it. Got on the scales this morning for the first time in months - just for a baseline, and then put them straight back away. I'm exactly where I thought I was, slightly up but not too badly, but the sugar and the mince pies are definitely making me bloated. I have my work Christmas party next Saturday so a few days off the sugar, and definitely off the grains, would help me de-bloat somewhat and feel better.
Not yet sure how I feel about the impending family Christmas. Part of me wants to be back in control the way I have been before, the other part of me is terrified that I will let myself down and feel bad about it. Not sure how to resolve that to be honest. Maybe I need to broker some guidelines with myself.
If I'm really honest I just want to be back in control, but I am struggling to get through the cravings phases. Need to get back to some good reading.

Right! That's enough for now. Time to catch up elsewhere

AT - happy to see you made it here. Sounds like you had a very nice evening. Hopefully the gas man will come soon.

Grok on my friend

We got to go to a Christmas lights switch on over the weekend - gets you into the spirit, doesn't it? 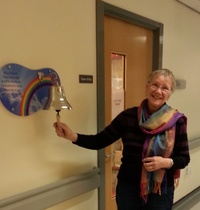 Hi AT. I'm a Christmas cleaner as well, as well as a clutter-phobe, so I definitely feel where you are with that! Best of luck with the parties. Enjoy.

I think once you stay on a low carb, Primal type plan, your cravings will diminish naturally.  The tough part is always the getting started bit.  I'm sure you'll be back in control.

If you find that pot of cleaning mojo, please share. My house is a wreck of late and I would swear my clothes are multiplying - could really use a Konmarie style pile up and sort, but need spouse to be gone for a few days for that to really work. He has no plans to travel, darn him.

Glad you are here! 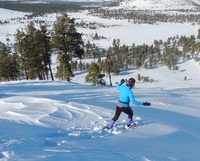 AT....I've missed your posts. Hope the job change is working well for you.

I think you have a holiday vacation coming up. Where was it you were going?

Sorry to disappear again, I've been both busy and poorly, and am just about getting by with living!

I appear to have been backed in to a corner over my health issues with a (self-diagnosed) suspected outbreak of candida. The last two weeks have been a miserable roller-coaster of digestive distress - and it took me far too long to be sensible about it.

Anyway, following my Christmas party on Saturday, which I thoroughly enjoyed (and pre-recognition of what my symptoms were showing me) including a lovely bottle of red and some Christmas pudding - little did I know that said pud was likely to be my only portion of the season.

I've eaten pretty clean since Sunday and am totally clean yesterday and today with no intentions of being anything but for the foreseeable future. The Christmas decisions have therefore all been made for me: CLEAN.
The distress continues but the reading tells me that the bugs are fighting back/dying off - fingers crossed for some improvement soon.

There have been some highlights including fun at the Bingo & Christmas Jumper Fun Night with our ice hockey club; my cleaning mojo continues albeit a little sporadically. Did a major clean of the lounge at the weekend, including dragging almost everything out to get to the skirting boards etc. The open areas still require a basic dusting, which is due this weekend before the tree goes up.

I'm busy tackling another box and while not much seems to be being thrown away, some stuff is making its way to a proper home and some is still being re-boxed for the next step, there is progress.

DH and B continue to drive me up the wall. I'm really not cut out for this co-habiting lark. We had a mini explosion last night and are currently going through the softly-softly stage that follows.
I need to get a bit more mojo back and take matters in to my own hands and make things the way I want them - despite all the effort it is going to cost me. Extra energy being something in short supply at present.

We have lots to look forward to including about six hockey games in two weeks over the festive period; not to mention that we are in France 23rd to 26th. Not that we are hockey mad or anything but there is a hockey game the night of the 22nd and we leave about 8am the ne xt morning, and then we travel back from France and go directly to a hockey game on the 26th - LOL.

Not quite there with all the pressies yet. We've had snow here since early Sunday morning. Its just about clearing today as its been raining.

Well think that sums up most things for now. Must have a mooch about the forum - TTFN

You know I'm a curious cat and the acronym did not ring a bell immediately... but it makes sense.

Sorry to hear about your issues though, but at least you seem to know how to handle them.

Thanks lovebird - yup, just gotta get back on the wagon, being forced to it by pain probably makes the process a bit easier, I guess.

Love the animation you found

Pain can be a blessing in disguise in the sense that our body's are asking for the right care. It's distressing for the moment, but, it will get better once we get on track. Hope it clears up for you, quickly.

So sorry you've not been well, but it is good to hear from you.

Look forward to seeing you round the forums. 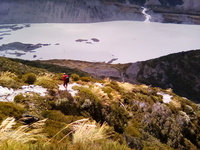 Feeling much better this morning.

I had no carbs with dinner last night - mostly because we had nothing appropriate in, the boys had oven chips, but we are out of fresh veg until later today. Anyway, it seemed to help, even above the fact that I've only had non-starchy veg for a couple of days.
I've also been sticking to only two/three meals per day, no snacks, so getting lots of digestive rest after dinner, and not starting again until 10:30am or so - except for coffee with coconut oil.

Much less bloating this morning, no stomach pain, less gas. However, I do have very achey upper arms; I think I've mentioned before that this is where a "hangover" kicks in for me ... so maybe it is something to do with toxin release.

DH bless him even offered to get me an allergy testing kit, however, when I explained my thoughts he went and looked up candida and is much in agreement - wonder of wonders! This is great as it means we'll be singing from the same hymn sheet and hopefully the support will be there. He can be very thoughtful when he buys in to something

I shouldn't continue to be surprised at how quickly the body can respond to TLC, but when you are on the wrong side sometimes it is so much easier to keep doing the wrong thing. If only we could bottle the feeling that in 72h or so it could all me so much better we'd be millionaires!

I read there are OTC products to test for this and that sugar is a main demon. The symptoms are long. Take care AT.

Sorry to hear of your current issues AT, but it sounds like you are addressing them quickly and in good fashion. Here is to a quick recovery and having the new habits stick. Which seems to be the toughest part of any change.

Have fun with your holiday in France and at hockey.

Thanks NM and lb.

Woohoo! Another box emptied. Not quite all put away yet, but sorted through and towards the end there was some stuff to be thrown away, well mostly paper to be recycled.

There is a lot of paper that I have kept and I intend to do a lot of scanning at some stage in the future. At the moment I'm still gathering all the like things together - KM style. How life changing has that book been?!!

DH found me a coconut, which was exactly what I needed, without me even asking. Read somewhere that coconut and cranberry juice are bad news for my bad bugs! Serendipity or what?!

AT, I need to confess...tell you this. I was going through some documents in my bottom file drawer and ended up looking a various other items that I forgot about. I have file folders with various years listed on the tab.

For some reason I had a Playmate magazine from 1989. Glad I got rid of that before my DSs needed to go through my stuff. For the life of me I cannot figure out why I would have had that magazine. Not my style at all. Perhaps a birthday? Hmmm. I was 42 nothing significant about that date. It is recycled now and I checked to see if perhaps it was a First Edition. Nope. haha

But Pam, your boys missed out on a great chuckle and a lot of wondering "what was that about??"

Hope you are on the mend, AT.

Meant2Move wrote:But Pam, your boys missed out on a great chuckle and a lot of wondering "what was that about??"

Heck - I got the chuckle and still wondering what that was about. The Recycling Center can check it out now.

Meant2Move wrote:But Pam, your boys missed out on a great chuckle and a lot of wondering "what was that about??"

Maybe it was theirs??

I wouldn't have minded a look at that mag...although I probably would have hurt myself laughing so hard... 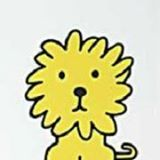